"The short answer is that time travel into the future is not only possible, it's been done, and we've known about it for over a century," says Davies. "The reason that the public doesn’t seem to know about it is because the amount of time travel involved is so pitifully small that it doesn't make for a 'Doctor Who' style adventure."
read at source
Posted by Rashid Faridi at 4:24 PM No comments: 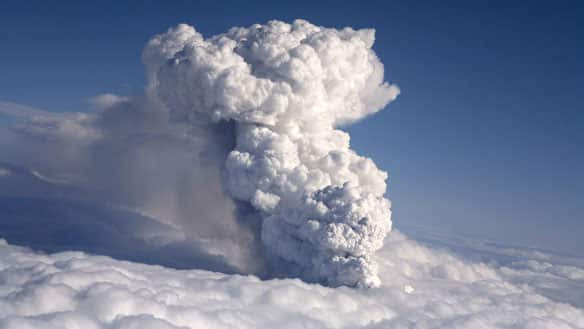 An Icelandic volcano that is spewing ash into the air and wreaking havoc on flights across Europe appeared to be easing up but could continue to erupt for days or even months to come.Iceland's Meteorological Office said the cloud of ash above the volcano had shrunk to a height of 5 to 8 kilometers (3.125 to 5 miles) from 6 to 11 km (3.75 to 6.875 miles) when it started erupting earlier this week.
read here
Posted by Rashid Faridi at 9:19 PM 3 comments:

Email ThisBlogThis!Share to TwitterShare to FacebookShare to Pinterest
Labels: volcano

India to have GPS based navigation system by next year

India would have a GPS-based aviation navigation system by 2011, according to Praful Patel, Civil Aviation Minister, Government of India. He said that the GPS based navigation system would be in place by next year because by then India would launch its own satellite."In the meantime we would be doing trial run on borrowed satellite. This is for the entire Indian network.
click here
Posted by Rashid Faridi at 1:32 PM No comments: 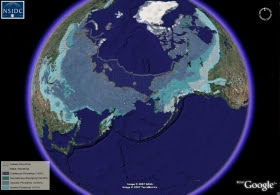 Thawing permafrost in the Northern Hemisphere releases "large amounts" of greenhouse gas nitrous oxide, according to a new study from the journal Nature Geoscience.

The study found that under certain conditions thawed permafrost can release as much nitrous oxide as tropical forests, one of the main sources of the gas.
Nitrous oxide, also known as "laughing gas," is ranked third behind carbon dioxide and methane in contributing to global warming, and is regulated under the Kyoto Protocols. According to the EPA, the gas is 310 times more effective in trapping heat than carbon dioxide. Sixty percent of the nitrous in the atmosphere is produced naturally.
read here
Posted by Rashid Faridi at 9:40 PM No comments:

A stranded Chinese bulk coal carrier leaking oil into the sea around Australia's Great Barrier Reef is in danger of breaking up and damaging the reef, government officials said on Sunday.

The 230-meter (754-ft) Shen Neng I was on its way to China when it ran aground on a shoal on Saturday. It had 950 tonnes of oil on board and officials said patches of oil had been spotted in the water early on Sunday, but no major leak.
read here
Posted by Rashid Faridi at 10:57 PM 1 comment:

click here
Posted by Rashid Faridi at 8:49 PM No comments:

see my profile on linkedin

readers on this site now

who else is seeing this blog